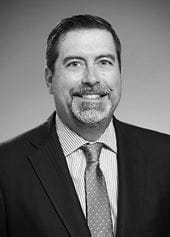 A 27-year veteran of Raymond James, Erik returned to AMS in 2014 after serving as senior vice president and chief operating officer of the Raymond James & Associates Private Client Group (PCG). Previously, he provided senior leadership within AMS as vice president of finance and administration. Erik began his career with the company as an internal auditor immediately after completing graduate school in 1991. He has also worked in various financial positions under the direction of both the chief financial officer and controller of the parent company, Raymond James Financial.

A St. Petersburg native, Erik currently resides in St. Pete Beach with his wife, Wendy, and their three children.