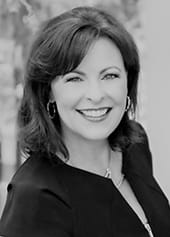 Nicole is the National Director of Express Feedback for Good™ at HundredX where her focus is to help execute the company’s vision to create resources for charitable causes while reinventing how businesses and investors “listen” to consumers. Before joining HundredX, Nicole was the National Director of Mission at JDRF where she used her behavioral science, public health and communications background to drive strategies for population engagement and understanding. Although she may be best known for her time as Miss America 1999 when she brought awareness to diabetes by sharing her personal story, she has gained a reputation most recently for her engagement in diabetes research focused on quality of life, psychosocial issues and family dynamics. Her transition to HundredX empowers Nicole to combine her passion for community engagement with her scientific, behavioral health experience.

In her journalism career, Nicole won a Telly Award for her work on the CNBC diabetes talk show dLife. Her love of journalism lead her to be a columnist for numerous diabetes magazines, as well as the author of eight books related to diabetes. Her most recent book is What to Do When Your Partner Has Diabetes: A Survival Guide.

Nicole lives in the Tampa Bay area and is a graduate of the University of South Florida. She has a Doctor of Public Health degree, as well as master's degrees in Public Health and Communication.