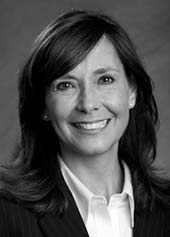 Ms. Neu retired in 2018 as Vice President for Institutional Advancement and Foundation Executive Director for St. Petersburg College where she developed and implemented fundraising strategies to advance the mission of the four-year state college. She established a collaborative and coordinated approach for creating partnerships and increasing support, more than doubling annual contributions and expanding an asset base of $70 million, including a $27 million endowment. Ms. Neu increased support for student scholarships to award more than $1.7 million annually and launched a faculty grant initiative that awarded over $400,000.

Prior to joining the college, Ms. Neu was Vice President of Development for Junior Achievement Worldwide where she generated financial resources to promote financial literacy in 131 domestic markets and 120 international locations. She secured gifts in excess of a million dollars to support a broad range of programs – from a business leadership initiative benefiting secondary and post-secondary students on four continents to a curriculum specifically designed to promote minority student achievement in multiple domestic markets. Along with establishing the organization’s presence in New Zealand, she launched an innovative partnership program involving 11 Asia Pacific nations and inaugurated an annual student competition focusing on global trade and held in Hong Kong, Malaysia and Singapore.

Ms. Neu also served as the President of the Pinellas County Education Foundation where she engaged a broad range of constituencies, including the highest levels of civic and corporate leadership, as well as private philanthropists, to create a strong advocacy for K-12 education. She led a $4 million capital campaign to build the first Finance Park, an educational initiative designed to teach eighth graders about personal financial management. Finance Park, along with its forerunner Enterprise Village which teaches fifth graders about the free enterprise system, continue to be replicated around the nation and across the globe. Ms. Neu helped launch the Doorways Scholarship Initiative, later known as Take Stock in Children, which provided over $2 million in scholarship support to area at-risk students annually.

Ms. Neu is a graduate of the University of Florida. She and her husband have two children and reside in Clearwater, FL.